For the last entry I listened to Spanish composer Tomás Marco’s Symphony No. 5, inspired by (and with individual movements named after) the Canary Islands. So I couldn’t resist when I came across a CD of Christopher Blake’s music with a featured work called Symphony – The Islands.

Blake (b. 1949) is a dyed-in-the-wool Kiwi: born in Christchurch, educated at Canterbury University, and now Chief Executive of the New Zealand Symphony Orchestra. And the “islands” referenced in the title of his 1996 symphony are those that comprise his own country, which makes Blake’s symphony notably different from Marco’s. Blake’s symphony is about home.

But Symphony – The Islands is about something else as well. Cast in three movements, it takes its title and a good deal of inspiration from three sonnets by New Zealand poet Charles Brasch (1909-73).

The poems are printed in full in the liner notes, and emblazoned across the album art as an epigraph is this quote from the second of them, from which Blake says the music takes its “mood of restlessness”: “Always, in these islands, meeting and parting/Shake us, making tremulous the salt-rimmed air.”

I can’t stop thinking about Debussy’s “sea symphony,” La mer (1905), and not because Blake’s work sounds anything like it. In fact, Symphony – The Islands doesn’t remind me of the sound of Debussy or of early twentieth-century French music at all. That, though, is almost the point. Debussy is writing a sea symphony from the perspective of the water; Blake is writing an island symphony from the perspective of the land. Water is present in both, but Blake gives the motion, the “restlessness” of water, something substantial to push against. Another obvious comparison is Vaughan Williams’s A Sea Symphony (1909), which shares with Blake’s piece a grounding in poetry that uses seascapes as a kind of mechanism for the visionary. But Blake doesn’t sound much like Vaughan Williams either, and he sounds even less like the Vaughan Williams of A Sea Symphony, only most obviously because Blake’s isn’t a choral symphony.

I’m stepping up to the ledge of an entire category of environmental music here, as well as a rich cache of ecomusicology. 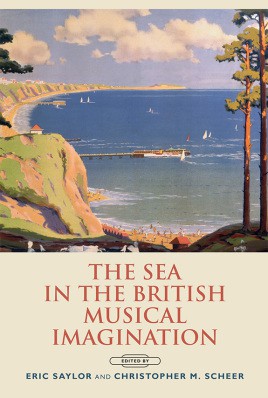 The recent thought-provoking volume The Sea in the British Musical Imagination, edited by Eric Saylor and Christopher Scheer, leaps to mind, as does an excellent paper given by Karen Olson (at the most recent AMS conference in Rochester) on two pieces by Peter Maxwell Davies tied to “his” islands, the Orkneys. What I mean to say is that the musical trope-iverse of “island music” and “sea music” inevitably intersect, but they’re not the same. Teasing out the differences at a larger level would be, I imagine, a worthy pursuit.

Blake’s first movement, “Recitative and Appassionata,” opens with an almost imperceptible throbbing that slowly grows—it really seems as if we are getting closer to it. When the cello recitative begins, it feels as if an entirely different character has been introduced or, rather, that a character has been introduced. “Recitative,” after all, means that a character is singing, and since Blake has told us all about the centrality of Brasch’s poetry to his symphonic conception, the instrumental recitative stands in for the poetic voice, and by extension for our human voice. Then what was that growing throbbing? I think Blake is asking his listener to perceive more in it than accompaniment. Its relative stasis, its rhythmic permanence suggests the natural world of rocks and waves, the land and sea against which the poet writes the story of his own recitative-like perception.

This kind of conceptual polyphony between the human and the environmental is, I think, one of the most compelling aspects of Symphony – The Islands. It occurs again in the slow second movement, “Gongs, Echoes and Chants,” where an opening subterranean pedal is answered by shimmering ascents. In the words of Brasch’s middle sonnet, “Divided and perplexed the sea is waiting,/Birds and fishes visit us and disappear.” And then, the human element appears. Blake calls it a “chant” in his movement title, but it sounds more like a hymn played out in atmospheric strings. I hear in it an echo of the end of the slow movement of Mahler’s Fourth Symphony.

When a descending trumpet figure cuts through the hymn texture, at first it feels like a response to Charles Ives’s Unanswered Question, in which the strings’ slow-moving hymn is cut through by the questioning trumpet. But there’s more to Blake’s trumpet than a dissonant question; as other instruments take up the figure, it reveals itself not as a human but as avian. To wit, the call of the godwit, as Brasch’s poem verifies: “from their haunted bay/The godwits vanish toward another summer.” And now we arrive at the doorstep of Messiaen, who uses birdsong to suggest the voice of the divine. By the end of the movement Blake synthesizes some of these varying elements—the primal throbbing of natural forces, the shimmering ascents of fishes and birds, the hymning of humanity—but the synthesis doesn’t achieve apotheosis. Instead, and as Brasch writes, “None knows where he will lie down at night.”

This sentiment is carried over into the third movement, “And None Knows. . .,” which gives much of its bulk to “rapid string and wind figurations” and “an energetic fast dance” before an extensive coda that returns to the stasis of the natural world and the “human voices” of earlier movements. The coda is calculatedly inconclusive, the relationship between the natural world and human presence unclear, the future of that pact unknown. Or, as Brasch’s third sonnet has it, “The stones are bare for us to write upon.”

The CD is rounded out with three “tone poems,” each about ten minutes, which Blake explains in the liner notes “are conceived as a group and share similarities in style, sentiment, and technique.” Two are elegiac—We All Fall Down (1996), an “extended threnody. . .which remembers the children of the wars of our time,” and Echelles de Glace (1992), commissioned by the Wellington Youth Orchestra in memory of their former member David Heymann, who died while climbing the Matterhorn. The first belongs to a growing body of late twentieth-century works in memoriam for which Henryk Górecki’s Symphony of Sorrowful Songs (1976) is perhaps an ultimate stylistic model. 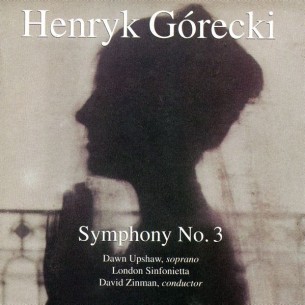 The second, while fulfilling its memorial function admirably, also references a special kind of twentieth-century orchestral writing that I think owes a considerable debt to nature documentaries. The final work on the album is also the most recent: The Furnace of Pihanga (1999), inspired by a Maori story about the contest of mountain gods “for the love of the beautiful Pihanga.” There’s a sensitive timbral imagination on display here, and it’s a pleasure to hear Blake tell the story described in his liner notes through the orchestral medium.