This week I had the immense pleasure of spending time with Handel’s Alcina, in a classic recording with Joan Sutherland (1926-2010)—La Stupenda—in the role that earned her the sobriquet.

I had been thinking of Alcina for weeks because of my recent fascination with “island music,” which has spawned a series of entries here on Sound Trove, but after last week’s dip into the waters of South Pacific, I could resist no more. For Alcina is not so very different from Bloody Mary: enchantress-queen of an irresistible isle, creator of a marvelous fantasy that a strapping young foreign “hero,” remembering his “girl back home,” reveals as illusory. Of course, Alcina is herself both enchantress and lover, whereas in South Pacific those functions are separated: Bloody Mary’s “extension,” her silent daughter Liat, serves as the object of desire. Both stories are ultimately Circe stories, Alcina more obviously so because her ex-lovers are literally turned into wild beasts, just as in the Greek myth.

The composer has an interesting function to perform here, because the music demanded of Bloody Mary and Alcina has to be music that cannot be resisted, music that would lure you to self-annihilation with a song in your heart. 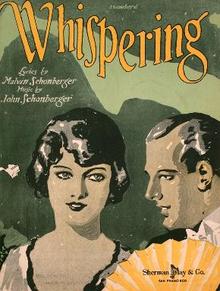 “Bali-Ha’i” is pretty convincing in this role; Rodgers achieves a suggestion of the mysterious, romantic allure of island vistas in a way that perhaps parallels the suggestion of the beauty of the mountains in the opening of The Sound of Music. But what about Bloody Mary’s other song, “Happy Talk”? Since writing about South Pacific last week, I’ve been thinking a bit about what sort of a song that is, and the more I think about it, the more I feel comfortable committing to the idea that it’s Paul Whitemanesque. (Listen to “Whispering,” if you’ve allowed yourself to forget what Whiteman’s orchestra had to offer at its best.) And what, pray tell, is Bloody Mary doing singing music in the Whiteman mode as she plays overseer-enchantress for her daughter’s big love scene with Lieutenant Cable? My take is that this music would have sounded seriously dated to the original audiences of South Pacific, that the out-of-touch and corny note it strikes either reveals Bloody Mary’s basic misunderstanding of what it would take to make the Cable-Liat relationship work or reveals to the audience that there is insufficient music here upon which to build a lasting relationship. It seems to me that there might also be racial dimensions of “Happy Talk,” perhaps prompted by the dialect present in the lyrics. More pointedly, Rodgers seems to be referencing minstrelsy, and therefore making a weird link between “othernesses” that might nevertheless have been operative for his audience, including the diegetic “audience of one,” Lt. Cable. Ultimately, Cable’s “Younger than Springtime” can’t save his relationship with Liat from “Happy Talk.”

And what about Handel’s music for Alcina? She also has her “Bali Ha’i” moment in her first aria, “Di’, cor mio, quanto t’amai,” sung to the new arrivals to her island kingdom. In it she acts as a sort of tour guide, recommending that the newcomers visit the secret grove where she and her lover Ruggiero first, um, realized their mutual affection. Little does Alcina know (we suppose?) that she’s singing this to Ruggiero’s betrothed, Bradamante. (Bradamante is apparently terrifically convincing as a man, since Alcina’s sister Morgana falls for him/her instantly upon seeing him/her.) Listening to Sutherland sing this single aria, one can well imagine the audience at Venice’s La Fenice immediately hailing her as “La Stupenda.” Her virtuosity here is effortless, graceful, entirely assured; she has numerous opportunities in the aria to demonstrate her famous trill, so accurate and even that it sounds like an instrument. How could Bradamante, worn out from travel and dressed up as a soldier, ever hope to compete with this exotic goddess of fioritura? I mean, just look at her: She’s not even trying that hard!

The appearance of effort, of workman-like virtuosity, is present in Alcina, of course (It is Handel, after all.) It’s particularly evident in the Jane-Fonda-meets-Arnold-Schwarzenegger sweaty swagger of “Sta nell’Ircana pietrosa tana.” Here Ruggiero has seen through the all the sorcery of Alcina and is ready to do battle against the “armed squadrons and bewitched monsters” she has amassed to stop him. So he sings about how Alcina, the “Hyrcanian tigress,” lurks, while showing through leaps and sequencing melismas how he’s the kind of guy who can hunt him some tiger. Handel even throws in (thrillingly!) horns to show that the folks in the orchestra know a legit huntsman when they see one. So as fun as the aria is—and it is terrifically fun!—it also makes itself a bit absurd as a classic case of overcompensation. Teresa Berganza sings it, as she often does the role throughout the opera, with a brightness signifying brash youth that touchingly (if you go for that sort of thing?) demonstrates how uncritical a consciousness Ruggiero possesses. He blows hot and cold because he really does feel that way, a mental child who was never any match for the subtle, calculating, and yes enchanting, Alcina. But he wins against her in all his bluster. How can we be comfortable with that?

One answer is that it’s not really Ruggiero who wins but Bradamante, and that the power struggle in the opera is really between the plot-women (Alcina and Bradamante). I would love to talk more about this, but. . .maybe another time. 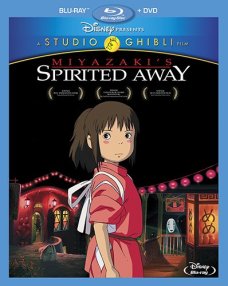 Another reason we can accept La Stupenda’s humiliation and defeat is that Alcina isn’t always such a nice person. In Act III, in a final act of tigress-like desperation, she eggs on Oberto, a captive boy whom she allowed to remain human instead of turning into a beast, to kill a lion that approaches him. Oberto (Mirella Freni!) realizes that the lion is actually his father—in part because the lion nuzzles up to him—and calls Alcina, whom he had previously thought of as protector and friend, “Barbara!” (“Barbarous one!”) This is the real end of her world of enchantment. It makes me think of the moment at the end of Spirited Away (千と千尋の神隠し, 2001) when Yubāba asks Chihiro to choose which pair of swine is actually her transformed parents as a last test before she will return her real name and release her from the kingdom of the spirits. (It’s a trap, but one Chihiro, like Oberto [and Admiral Ackbar], sees through.)

What happens after Oberto calls out Alcina is one of those remarkable moments in Handelian opera when it seems the composer is doing things he’s not supposed to be doing. He writes a ¡¡¡tRiO!!! in which Bradamante and Ruggiero are musically (and textually) pitted against Alcina. 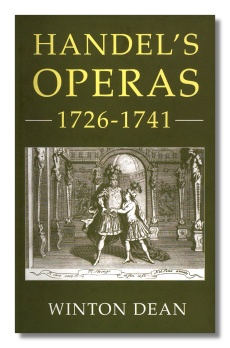 As Winton Dean writes in his magnificent Handel’s Operas, 1726-1741, this trio, a phenomenon “all too rare in Handel’s operas. . .stands beside those in Tamerlano and Orlando as a masterly summing up of a dramatic confrontation.” <1> And then? Well, then Alcina is utterly defeated, her magic urn broken, all her enchantments undone. The chorus of former rocks, waves, and beasts sings about their release “from the blind horror of night” (“Dall’orror di notte cieca”). It feels like the prisoners’ stepping into the light of the courtyard in Fidelio, like the broadcasting of the Letter Duet from Figaro over the loudspeakers in Shawshank Redemption. Winton Dean talks about Act III of Alcina as “trac[ing] the disintegration of Alcina’s personality.” How far she had to fall from the vocal heights of her first Act I aria!

There’s always so much more to say, but it’s time to bid adieu to Alcina’s island for now. But what sadness I feel at leaving such a beautiful illusion! There’s some consolation in knowing that Ruggiero felt exactly the same way when he sang this. . .“Verdant meadows, leafy woods, all your beauty will decay. . .”

2 thoughts on “Beachcombing with La Stupenda on Alcina’s Island”